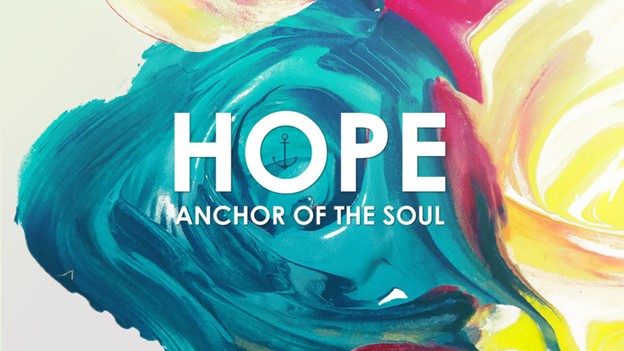 Psalm 78:7 (NLT) – 7 So each generation should set its hope anew on God, not forgetting his glorious miracles and obeying his commands.

In 2018 Russia unveiled a new intercontinental ballistic missile that supposedly can hit any target on Earth. NATO has nicknamed it (and I’m not making this up) Satan 2. We’re living in a crazy world. And in some ways, it’s a hopeless world. There’s a sense of hopelessness pervading many young people today. In fact, I’ve read that suicide is up among ten- to fourteen-year-old children. They give hopelessness as the reason, and it’s all around us.

The enemy, satan, wants to discourage us and make us feel like things will never get better…like there’s no way out. He wants us to believe that we’re all alone. Maybe you feel like things have gotten too difficult and there’s nothing good left for your future. That is what the enemy wants you to believe, but God has something else to say… Jeremiah 29:11 (NLT) 11 For I know the plans I have for you,” says the Lord. “They are plans for good and not for disaster, to give you a future and a hope. If you’re going through a difficult time right now, I want you to know that God loves you. He sees what you’re going through, He is with you, and He desires to help you right where you are. Psalm 34:18 (NLT) – The Lord is close to the brokenhearted; he rescues those whose spirits are crushed. When we are hurting, God is near.

Hope is the belief that something beneficial is to come. It is the idea that what is currently seen is not the end of the story, but that something greater is ahead. Hope becomes the fuel for the weary and downcast to dare to believe that the sun will indeed come out again. For those who have lost everything, hope is a single thread to dare to believe that there is still beauty in this life to be seen, and it is coming up ahead down the path. Hope in itself is the faith that God does have plans for us, and that they are good indeed.

Hopelessness comes when we place our hope in the wrong thing. People disappoint us, circumstances cause pain, and our own limitations lead to frustration. The Bible tells a story about two men who were overwhelmed with hopelessness. They felt that Jesus let them down and that Jesus failed in His mission. Even though Jesus constantly spoke about the fact that he would die on a cross, it still came as a shock to them. So when they saw His beaten, traumatized, bloodied body, it devastated them. They thought Jesus was coming to overthrow the Roman government and free Israel from the occupying force. But that never was His plan. He didn’t come to wear a crown of gold; He came to wear a crown of thorns. He didn’t come to sit on a regal throne; He came to die on a wooden cross. They missed the greatest hope of mankind (freedom from sin and death forever) that was unfolding in front of them but was shrouded in hopelessness. They didn’t want to think about the horrible events that happened, so they decided to get out of town (on the road to Emmaus). And who joined them on the road? It was none other than Jesus himself. Jesus, the hope of the world comes to us in the midst of our hopelessness.

Because of Jesus, there is great hope and beauty in every circumstance, even if it is buried in lies and hopelessness. Jesus is calling our name, to walk out of the grave of hopelessness into a life of beauty, grace and hope. Maybe you’ve lost hope today. Maybe you’ve had a tragedy come your way that has rocked your world in some way. This is not the end of the story, something greater is to come! Jesus can restore your hope. TRUST HIM.